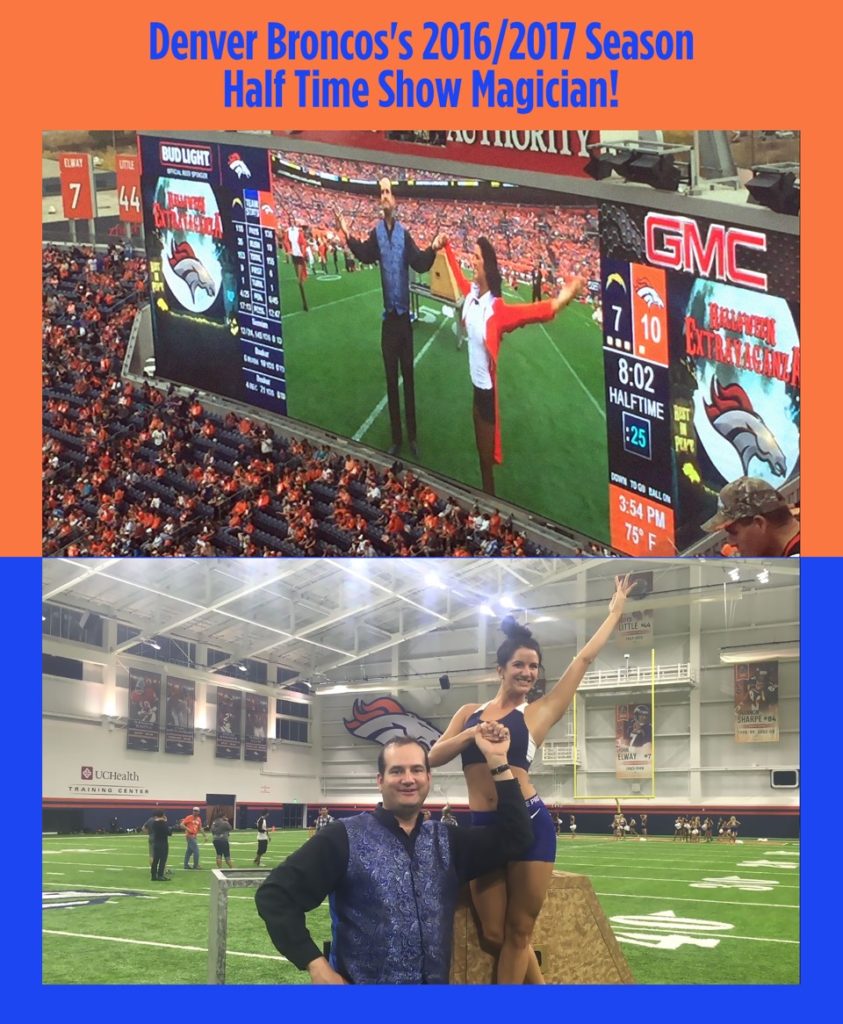 My interest in being a Denver magician began at the age of fourteen. I began frequenting the local magic shop where I found a fascinating mix of magic as well as instructional books and videos on everything from card tricks to dove magic. Many of these videos were being produced and filmed right there in my home town of Wichita and soon I was fortunate enough to witness some of the best magicians in the world perform live not more than a few miles from my house.

My uncle had also developed an interest in magic when he was young and had a great collection of antique magic props. So after I had convinced him that I was serious about my new interest, I hit the ground running with a magic show that would have made almost any kid jealous.

Through the years I never gave up on magic. In 1993 I moved to Tulsa, OK to go to flight school. I took my magic along with me wherever I went and worked on the side performing in restaurants and at birthday parties or anywhere else someone invited me to perform.

Keir is still an avid pilot and actively flight instructs and flies commercially as an air ambulance pilot in a Pilatus PC-12. However you can still book Keir for a private or corporate function either in person or with one of his online magic shows specifically designed for Zoom or other webinar services.